In Jiawei’s culture, ‘create a better life for human being’ is regarded as the reflection of corporate social responsibility. Under this value, Jiawei has been assisting the students, building the dreams and helping others. 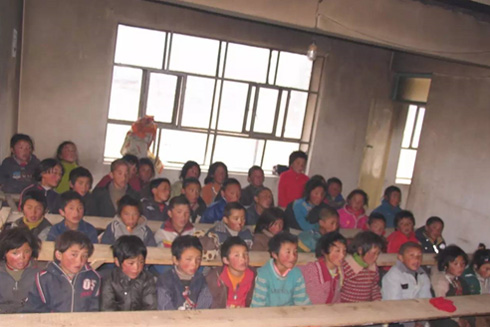 The Qulangduo Primary School has been receiving the donations from the warm-hearted people in the society. During the years, the number of students could reach more than 200, but the teaching conditions have always been tough. Until 2013, there was still no electricity supply in the primary school. The school lighting had been relying on candles. However, once it ran into bad weather, the school was unable to provide meals or lessons.

In July 2013, the chief engineer Mr. Huazheng Li conducted the investigation, after which he reported to the board of directors and obtained the consent to donate an off-grid photovoltaic power station for the primary, with a total investment of 400,000 yuan. This would be used for the classroom lighting, teacher’s dormitory lighting and kitchen refrigerator.

After more than a month of preparation, in August 2013, the material was finally transferred from Xining to Duoduo Primary School. On August 12, 2013, the project team that led by the engineer Mr. Huazheng Li arriving at the primary. After overcoming the severe altitude reaction, they completed the construction of photovoltaic power station within 4 days. 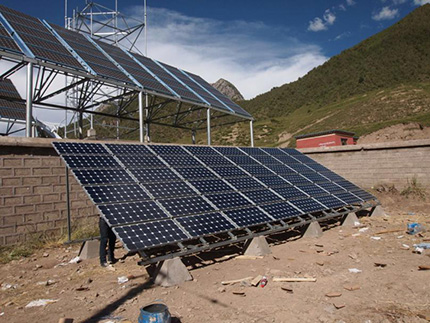 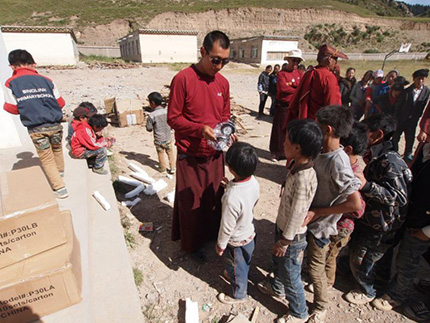 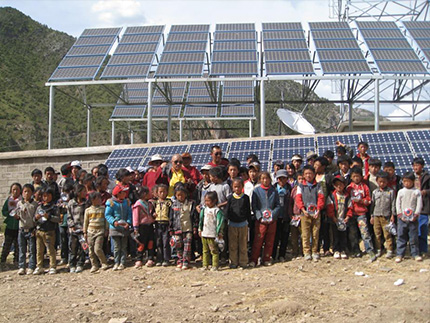 After the power station was adjusted and connected to the grid, the students finally lived in the bright light.

As the school headmaster Mr. Yang said, ‘The school is born of love, and grows up in love. It is rooted in the strong support of love and moves forward.’ If the whole society pays attention to children who cannot go to school in remote areas, making them feel the love and ensuring the basic education, our society will become more beautiful and warm.